Ansible is an invaluable tools when it comes to server automation. To make its magic work Ansible commands should be executed on a control machine. As of the time of the writing a Windows computer cannot be used in the role of the control machine.

There is a way to run Ansible with the help of Cygwin or some of its alternatives. One such a way is described here. I prefer to run Ansible (and some of the other tools like Meteor) from a Vagrant VM.

In short, Vagrant simplifies configuring and running local VMs. Such a VM can access the networks and the filesystem of the host providing a handy Linux-on-Windows solution.

Here are the actual steps to setup Ansible control machine on Vagrant.

At first install Vagrant on Windows.

In the directory of your choosing run vagrant init to create a local VM config.

Now you need to create the provisioning script that will initialize the VM with all the needed packages. I know you must be thinking that this would be a great job for Ansible. Alas, not this time.

Enable provisioning by including this line in the Vagrantfile:

I prefer to install Ansible using pip. After all, it is written in Python and PyPI hosts a fairly recent version.

Now the SSH keys need to be generated and installed. It is also possible to use password authentication but it doesn't seem to be a common scenario.

Boot up and enter your new VM with vagrant init && vagrant ssh. For obvious reasons it will take a while the first time.

For simplicity I generate my private keys on the VM. If you want to do the same execute

By default the keys will be saved in ~/.ssh so don't forget to take them back to the host or you may lose them! To copy the keys to host execute

Change the permissions of the shared directory. Otherwise Ansible will try to execute your inventory file.

Exit the Vagrant shell, then do vagrant reload && vagrant ssh.

By default Ansible will connect to the remote hosts as user vagrant because you are logged in to the vagrant shell as vagrant. For the sake of simplicity let's make ansible connect as root. This can be done by providing --remote-user=root or -u=root to Ansible commands.

Now the remote hosts need to allow Ansible to connect. Thus for every remote host that you want to control execute

Most of the problems with Ansible are caused by SSH errors. To get a trace and a more meaningful error message run your Ansible command with -vvvv switch.

Make sure that you can SSH to the problematic host from the vagrant shell using the same authentication method and the credentials as Ansible is using.

Otherwise Ansible will try to treat your inventory file as if it was executable and expect some JSON output from it.

A great article on some post-install steps not covered in the official documentation Ansible: Post-Install Setup 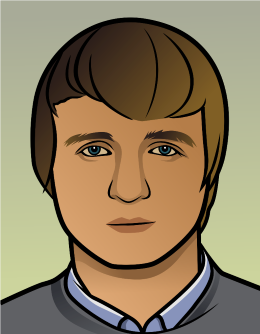